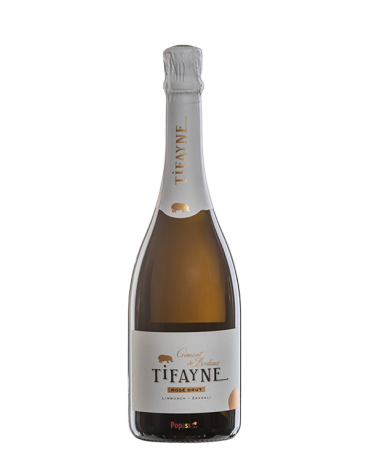 Recognised since 1990, the Crémant de Bordeaux PDO is the result of a long regional tradition of sparkling wine production, dating back to the 19th century. The appellation applies to both white and rosé wines, which can be produced throughout the entire Bordeaux vineyard under PDO. Under the impetus of a new generation of winegrowers - Belgians in particular ;) - the Crémant de Bordeaux is regaining its rightful place on festive tables.

Hand-picked, the Merlot grapes are pressed directly. The wine remains on slats for at least 18 months before disgorging. No expedition liqueur is added.

A festive aperitif or a red fruit dessert.