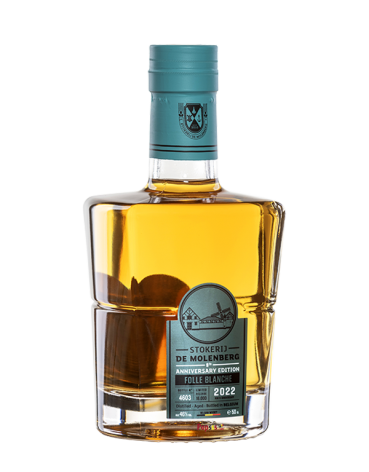 Please note: We limit orders to 3 bottles per person. Any order not respecting this limit will be cancelled.

Folle Blanche is a limited edition, made on the occasion of the 9th anniversary of the De Molenberg Distillery. Folle Blanche is a white grape variety used to produce cognac. The strong acidity of this grape is expressed in the distillates by refined and perfumed aromas. This whisky was first matured in bourbon and Het Anker casks, and then underwent a long three-year finish in cognac casks. These casks release ample wood and vanilla notes during maturation. On the nose there are surprising floral and fruity notes, complemented by a subtle finish of honey and leather.