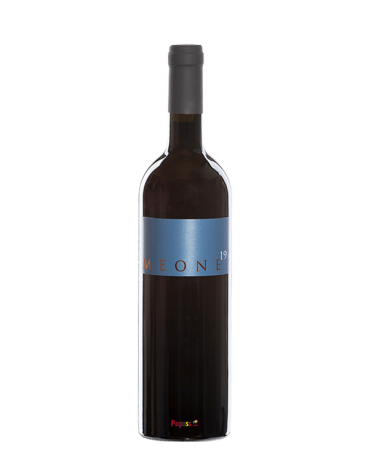 Meone is the name of the property acquired by the former Belgian Prime Minister (1999-2008) Guy Verhofsdadt on the Poggio Meone, in Monte Santa Maria Tiberina, where Umbria and Tuscany meet. And even if some misguided people read it as "Me One", referring to his dazzling career on the Belgian political scene, we will stick to the official explanation. However... Now an influential MEP, Guy Verhofsdadt is a great lover of Italy: he appreciates its culture, language, gastronomy and divine wines.

Meone has one hectare of vines planted in 2008 at an altitude of 600 metres and facing north, with a good balance between Sangiovese and Cabernet Franc. Guy Verhofsdadt receives valuable advice from Tuscan oenologist Lorenzo Landi, who has also worked in France with Denis Dubourdieu.

Soft pressing. Classic vinification with strict temperature control. Aged in barrels, renewed by thirds each year, for a period of 16 months. "My objective is to reduce the mark of the wood to free the expression of the fruit, and to lower the alcohol level", says neo-winemaker Verhofsdadt.

A ruby colour with a very beautiful brilliance.

The nose is dominated by raspberry, blackcurrant and blackberry, with light vanilla and spicy touches.

Smooth on the palate. The Sangiovese gives it a lot of elegance, while the Cabernet Franc solidifies the structure, with slightly more powerful tannins. Appreciable length.

A rather spicy pasta dish or all types of meat.