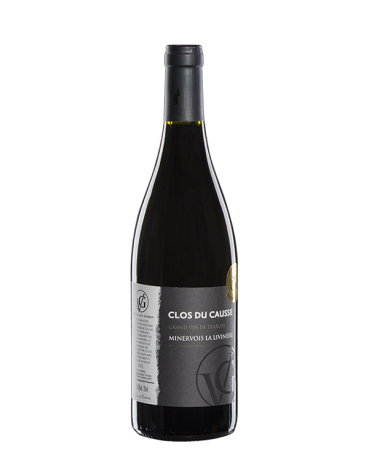 Generous - Long on the palate

Originally from Belgium, Guy Vanlancker is the kingpin of the Combe Blanche vineyard, which Popsss has followed enthusiastically since the start, notably due to the audacity of their choices of grape varieties. Established in the village of La Livinière, he is one of 40 winemakers producing the vintage of the same name, a series of 350 hectares scattered across the 2,700 hectares of the official Minervois appellation region. Guy Vanlancker cultivates one and half hectares of vines on the slopes of Félines under his own name (rather than under the banner of the Combe Blanche vineyard) to produce this "unidentified wine object": the Clos du Causse.

The petit causse nature area lies among the foothills of the Montagne Noire mountain range. Guy Vanlancker’s north-facing vineyard is staggered on three clay-limestone terraces, the largest of which is planted with Grenache, which is consequently the main variety in the blend. “Grenache Noir, which is not prominent in the La Livinière blends, deserves more attention in my view. It is not as opulent and tannic as Syrah; I like its elegance, its smoothness and its length”, the winemaker says.

Harvested by hand, stemming, fermentation with marc for three weeks and matured in tanks for 15 months.