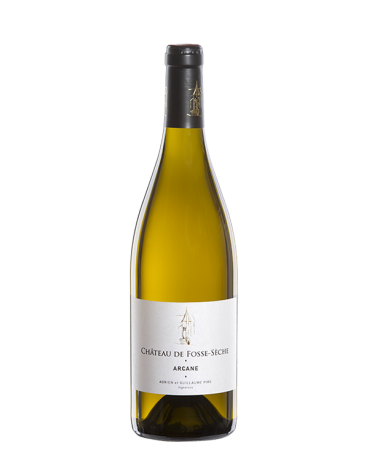 A very pure Saumur from the Loire Valley.

This is the story of two Belgian brothers who grew up between Africa and Madagascar and became winemakers in the Saumurois region at the heart of the Loire Valley. Guillaume and Adrien Pire have been running the Château de Fosse-Sèche, certainly one of France’s oldest vineyards, since 2012. Here they cultivate 15 hectares of vines (Chenin, Cabernet Franc and a little Cabernet Sauvignon) at the heart of an ecosystem that is three times that size and includes forests, fallow land brimming with flowers and lakes. The land of Fosse-Sèche has few equals in the Saumurois region: it is pebbly (silex) and free of limestone. The vineyard is certified by Ecocert (organic) and Biodyvin (biodynamics).

Produced using 20-year-old Chenin vines, with a yield of 30 hl/ha, Arcane is one of those wines that transfixes you. Having tasted it at the Salon des Vignerons Namurois, the Namur winemakers fair, where the Pire brothers are one of the pillars, that was it… we simply had to introduce you to it.

Direct pressing, low-temperature fermentation and maturing on lees in tanks.

Floral note with hints of honey.

Airy, precise and straightforward in the mouth, initially marked by aromas of lime and finishing on flavours of linden blossom.

It can be paired with cheese as an aperitif and with the main course (fish or poultry).