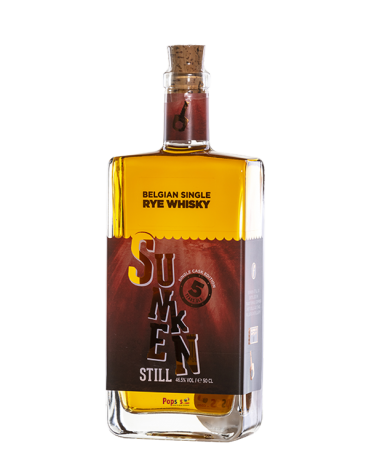 Of the thousand distilleries that existed in Belgium a century ago, only a handful remain. The Filliers distillery, in Deinze (Ghent region), is one of these survivors. Still controlled by the founding family, it has constantly reinvented itself and is now happily riding the wave of Belgian spirits.

It was in 1880 that Karel Lodewijk Filliers, a farmer by trade, started to produce gin to sell his surplus grain. His descendants added gin, whisky and vodka to this malt wine spirit, and over the course of time three distilleries were built on the original site. Filliers is currently run by two 5th generation cousins, Jan and Bernard.

This rye whisky is distilled in the traditional way in a pot still. The name "Sunken Still" is a tribute to the distillery workers who, during the First World War, sank the pot still to the bottom of the Rekkelinge river to prevent the armies from seizing it to melt copper for military purposes.

Sunken Still has been aged in bourbon casks, giving it sweet aromas (honey, vanilla, nutmeg) and a buttery, spicy finish. It is nevertheless quite powerful.