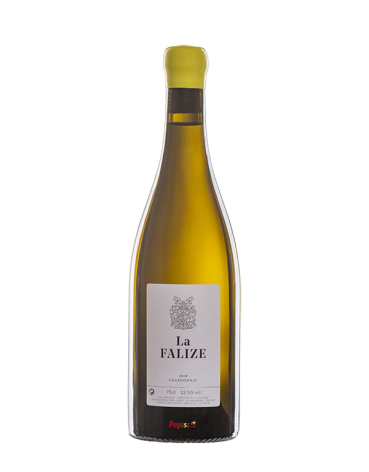 A bomb, to be tasted blind!

Owned by Frédéric de Mevius, heir to the historical shareholders of the brewing giant AB InBev, the Domaine de La Falize, in Rhisnes (Namur province), comprises 200 hectares of woodland and arable land. Within it, a micro-vineyard of 2.4 hectares cultivated, like the rest of the estate, in organic and biodynamic methods (Demeter certification was obtained in 2021). The first Chardonnay vines were planted in 2012 and various plots were added in 2015, with one of them a bold choice of grape variety: Savagnin, an emblematic grape variety of the Jura, intended to produce an orange wine.

As soon as the project was launched, Frédéric de Mevius called on the expertise of Peter Colemont (Clos d'Opleeuw), whose Chardonnay is undoubtedly the most sought-after in Belgium, to handle the vinification of his nectars. He has also enlisted the services of Sylvain Pellegrinelli, the vineyard manager of Domaine Leflaive in Puligny-Montrachet. In other words, excellence is the goal here, and nothing is left to chance to achieve it!

Work in the vineyard is mainly manual. Harvesting and vinification are carried out on a parcel-by-parcel basis. The wine is matured partly in vats and partly in barrels.

Slightly toasted on the first nose, pear and white peach aromas, with floral notes on the second nose.

Silky on the palate, with exceptional aromatic power. Very nice minerality: it is straight, clean and without burrs.