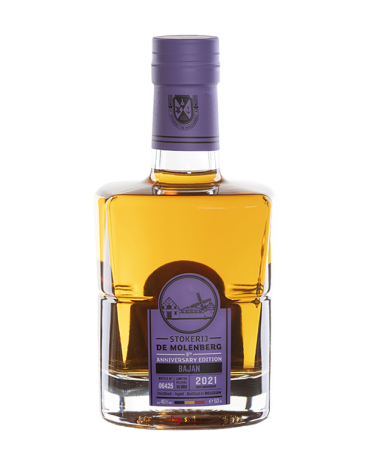 Bajan is a limited edition released to mark the 8th anniversary of the Molenberg Distillery.

Bajan is the Creole language spoken on the Caribbean island of Barbados, famous for its sun-drenched beaches, vast sugar cane plantations and the production of rum. Two different types of rum casks selected on the basis of their pronounced taste profile were used for this edition. Ageing for over five years in the oldest casks yields full-bodied, mellow hints of raisins and honey while the younger rum casks from Barbados add a refreshing blend of aromatic notes. Combining the two results in a finely balanced whisky with a pronounced smooth taste and a surprising touch of the tropics at the finish.