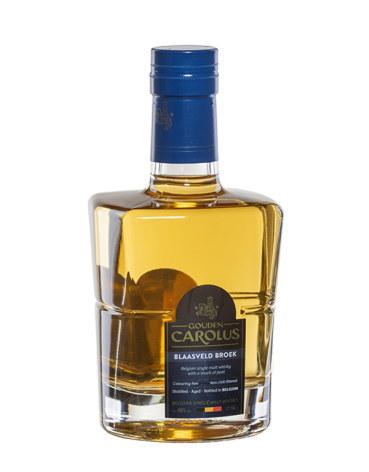 This new whisky refers to the nature reserve next to the distillery, "Het Broek", in Blaasveld. Between about 1100 and 1770, the area was known for its peat bogs, the peat extracted from which was mainly used as fuel or for drying malted barley. Gouden Carolus Blaasveld Broek is distilled from a special brew to which peated barley malt is added. This gives it a slightly smoky touch, which melts into the oak and vanilla aromas.