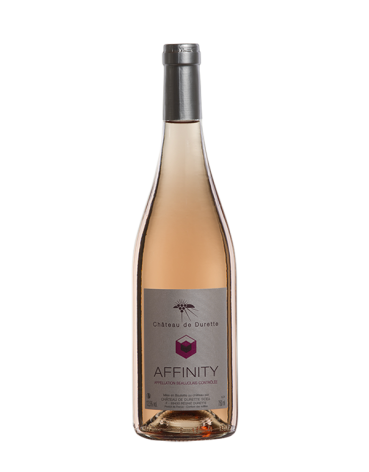 Right, let’s get out the parasols :-)

A dashing, fruity rosé but with fine persistence, just as we like them!

The Affinity is produced using grapes from plots of Régnié (pink granite and sandy soil). The yield is less than 40 hl/ha.

Fairly supple in the mouth, marked by red fruits.

Aperitifs in the sun or Asian cuisine.