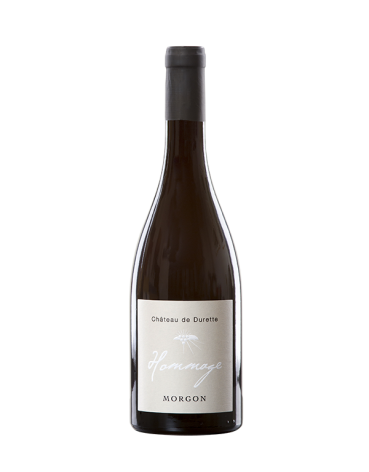 Tribute to Jean Joly, the Liège-born founder of the vineyard.

This cuvée "Hommage" is a tribute to Jean Joly, founder of Château de Durette.

The soil of the PDO Morgon, the most widespread of the Beaujolais vintages, consists of decomposed granite schist. The Château de Durette plots cover one hectare, with 40 year-old vines whose yield is limited to 40 hl/ha.  It was vinified using the traditional method in cement tanks (vinification by plot, with 11 days of maceration and regular plunging). The wine is also matured in tanks.

Nose characterised by red stone fruits such as Morello cherries.

Very silky in the mouth, with a delicate finish.