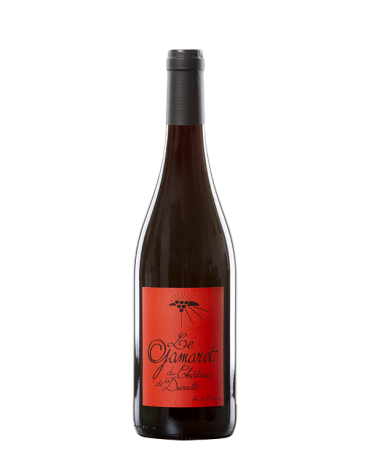 A 100% Gamaret Beaujolais that calls to mind its Valais peers.

Popsss couldn’t resist this real Château de Durette curiosity: a cuvée that bears the name of its grape variety, a cross between Gamay and Reichensteiner (white variety from the Müller-Thurgau region) developed in Switzerland in 1970.

The Beaujolais obtained a planting permit, but the Gamaret is still grown there only to a limited extent. An excellent reason to discover this unique wine, of which the Château de Durette produces 3,000 bottles a year. Gamaret is vinified using the traditional method in a cement tank. The wine is also matured in tanks.

Fairly spicy structure in the mouth, but that preserves the fruity aromas. More tannic than most Beaujolais vintages.