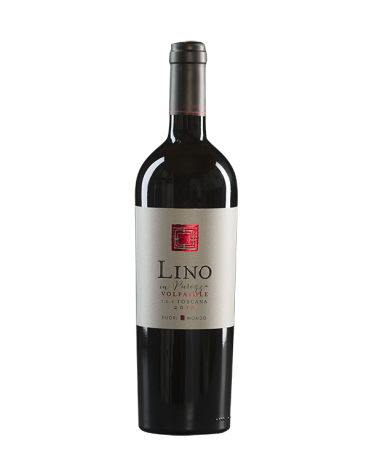 A strong supporter of the organic cause, Olivier Paul-Morandini refuses the certification, which he deems too lax.

Olivier Paul-Morandini created the European emergency number 112, but that story has already been told countless times. Today, he surveys the Volpaiole vineyard - "the fox’s lair or earth” in Tuscan, made over to him by Armin and Liliana after a near-initiatory apprenticeship: four hectares planted with Sangiovese, Cabernet Sauvignon, Cabernet Franc and Merlot. There, almost "on the other side of the world", Olivier Paul-Morandini produces outstanding red wines.

Lino in Purezza
Olivier Paul-Morandini produced Lino in Purezza for the first time in 2010. This 100% Sangiovese cuvée, of which barely a thousand bottles were produced, was matured in 400-litre barrels for eight to 12 months and then rested in bottles for a further 12 months before being marketed. It has an aging potential of over ten years, but is ready to drink now.

Aromas of black fruits noirs, with a hint of cocoa.

Herbaceous and toasted notes are added in the mouth. Very full and complex. Relatively long finish.

Why not one of those young wild boar that delight in wreaking havoc among the rows in Volpaiole... when Olivier Paul-Morandini is not broadcasting the chants of the Vatican radio to scare them off?