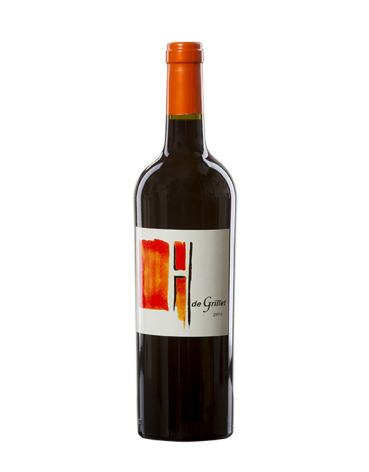 A confidential cuvée that Popsss has followed enthusiastically from the start.

Before becoming a wine grower, Jean Deneumostier worked in publishing, until 2004 running the Éditions Dupuis publishing house, one of the jewels of the Belgian strip cartoon sector. In 1999, he yielded to his passion and purchased the Château Les Hivers Grillet, a Blaye-Côtes de Bordeaux. The domain covers 15 hectares, virtually all in one piece, planted with 85% Merlot, 8% Cabernet Franc and 7% Cabernet Sauvignon. Depending on the year, the domain produces between 70,000 and 100,000 bottles.

H de Grillet is only produced in good years and in limited quantities, hence its relatively restricted distribution. We’ve been following him enthusiastically ever since we started!

It is produced on south-facing chalky-clay soil. The vines are on average 30 years old and the yield is limited to 30 hectolitres per hectare. After traditional Bordeaux vinification, the wine is matured in new barrels for 12 months (85% American oak from Minnesota and 15% French oak) before completing the maturing process in stainless steel tanks.. The wine is bottled without filtering, which can result in a slight natural deposit. It is therefore advisable to decant this wine before drinking.

Full attack, silky tannins, fine finish in the mouth. If you like woody wines, you'll love it.

An entrecote steak served with a béarnaise sauce or an onglet with shallots. Delicious with spicy, exotic dishes, too.