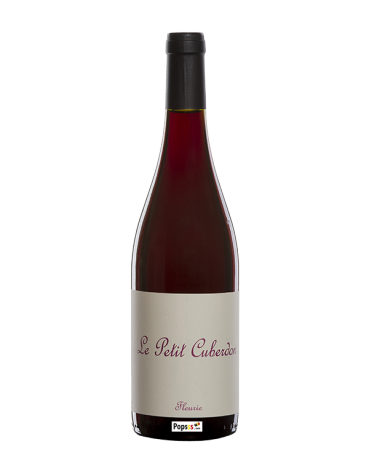 Exclusivity: a specific wine for Popsss

We are so proud of this partnership with the Château de Durette! Marc Theissen and his team have elaborated for Popsss a special cuvée in the Fleurie appellation. With reference, of course, to its delicious raspberry aromas, we named it "Le Petit Cuberdon" to celebrate this belgitude that is so dear to us.

Fleurie is said to be more feminine than the other Beaujolais vintages, particularly Côte-de-Brouilly or Moulin-à-Vent. The appellation region lies on granitic sand (mixture of granite, sand and clayey dust) which produces fine, elegant wines.

The (relatively short) vinification and the maturing took place in cement tanks. Not an ounce of wood to disrupt the crisp fruit!