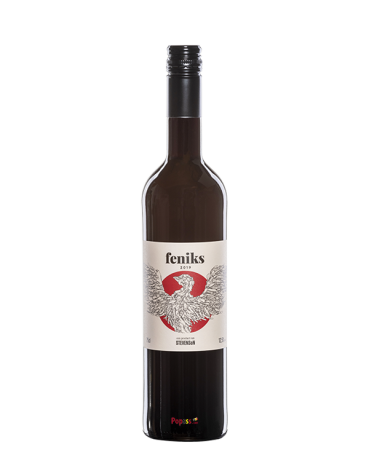 The Petrushoeve winery was founded on a typical Brabant farmhouse with a square footprint, which dates back to 1519. Gerry Calders took over the farm with his family in 2010, after having worked successively in the horticultural sector (his training) and in the catering industry. He is now the most important winegrower in Flemish Brabant with 9 hectares in production (6 planted by himself with interspecific grape varieties and 3 bought from the family of the former minister Rik Daems, who had planted Müller-Thurgau, Sieger and Ortega). His ambitions do not stop there: he is aiming for 25 hectares and a production of 100,000 bottles within three years (compared to just over 30,000 bottles in 2020). Gerry Calders practices sustainable agriculture and has banned herbicides.

Feniks is a cuvée designed for the television series Thuis, with Petrushoeve serving as the setting for some episodes of this highly watched programme in Flanders (it has been broadcast every weekday in prime time on VRT for the past 18 seasons). Designed for the needs of the production, Feniks was put on the market by Gerry Calders and we were seduced by its very good quality-price ratio.

Aromas of ripe cherries and blueberries.

Full and structured on the palate, with plum and tobacco notes. Good length.