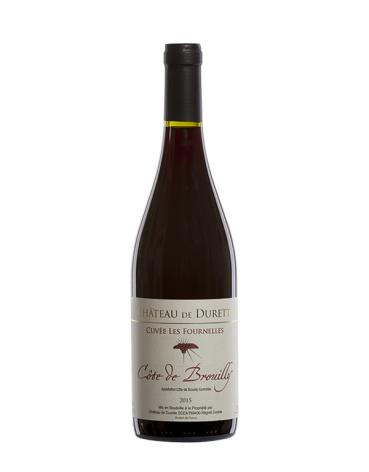 The vines are perched on the slopes of the old Mont Brouilly volcano, on andesite granite soil. Yield of 35 hl/ha. Harvest: manual. Traditional vinification in cement tanks (10 days), matured in tanks

The nose is dominated by blueberries and wild strawberries.

Plump in the mouth, fruity and spicy.