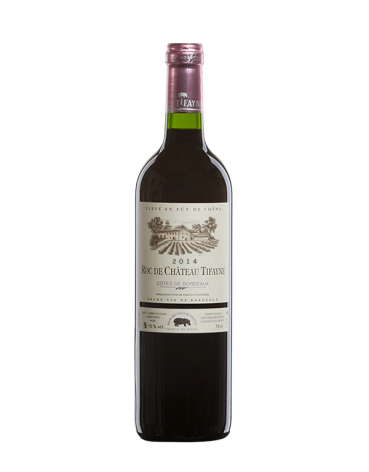 "Roc" owes its name to the clayey-chalky plateau where the rock can be seen on the surface, typical of the Castillon Côtes of Bordeaux. Renaud carries out plot-based vinification using the four classic red grape varieties of Bordeaux. And he gives his wines time to age: after a one-year ageing in barrels (20% new), the Roc de Tifayne spends a second year in vats. Slow to open although we are here for the 2014 vintage, it is recommended to decant it before tasting.

Ripe and fruity, this is a warm, rounded wine

A homemade pizza or red meat.