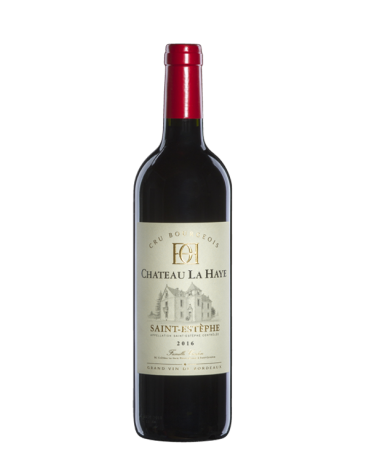 A "tender tannic texture" according to Jancis Robinson

Château La Haye, once the scene of the secret love of Henri II and Diane de Poitiers, was a Sleeping Beauty until it was acquired by the Flemish entrepreneur Chris Cardon in 2012. Thanks to heavy investment, it now ranks among the (Belgian) jewels of the Saint-Estèphe appellation. The vineyard has a total of 11 hectares of old vines on clayey marl. It adopts reasoned winemaking methods. The owner is supported by winemaking advice from Eric Boissenot (who now advises the Chenoy vineyard in Belgium) and Marc Quertinier.

Proof that it is possible to be both a millionaire and a poet, Chris Cardon once declared that he aimed to "sublimate the intimacy” of the vineyard’s first wine by playing subtly with the low yields, winemaking by plots and the reasonable use of wood. Wine made in thermoregulated stainless steel tanks with regular pumping over. Pre-fermentation cold maceration. Fermentation in vats for 14 to 21 days. Malolactic fermentation in tanks. Matured in casks (46% new) for 12 to 18 months.

Fleshy on the palate with fine tannins. Liquorice finish.